In my previous post I explained step by step procedure of installing Docker on Windows 10. We are now ready to run our first container.

In this example we will pull the hello-world image from Docker Hub and run a container.

And it says there are no images installed 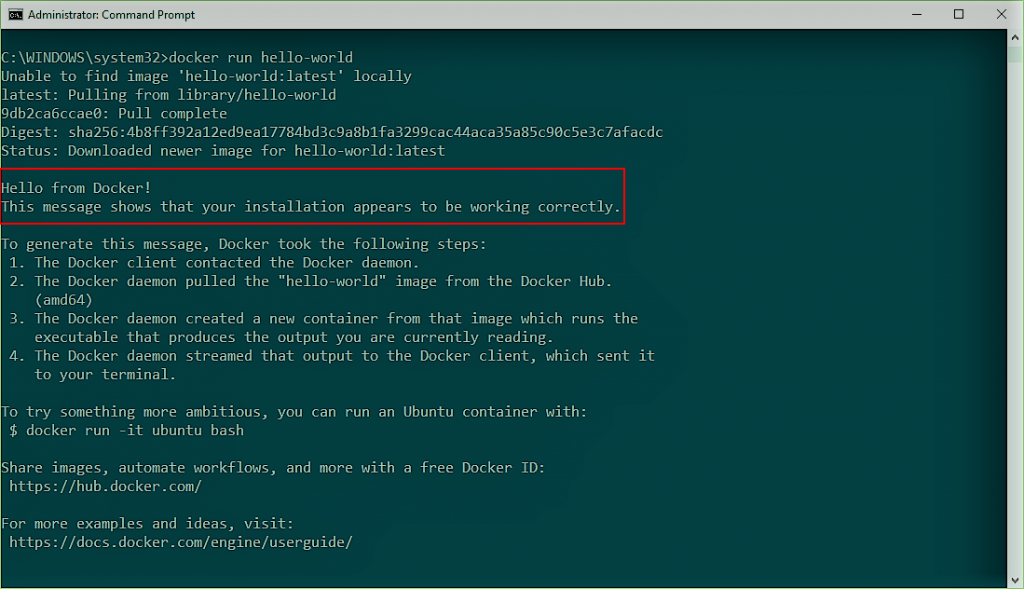 The “Hello from Docker!” message indicates that the installation was successful.

In order to run the above container, Docker first tries to look for hello-world image locally, which doesn’t exist so it pulls the hello-world image from the Docker Hub and creates a container from that image. The container then takes care of generating and displaying the greeting on screen. Docker has also listed the steps it took to achieve the given task.

Now we should the hello-world image installed locally

Now if we run

it will not try to pull the image from Docker Hub as it is already available in local. 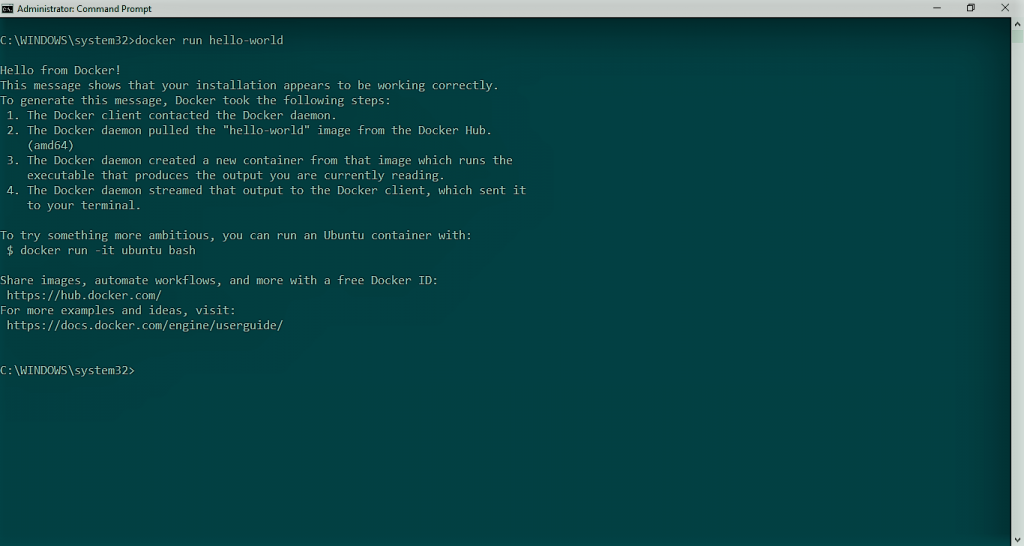 You have seen how easy it is to get started and take the first step by deploying a hello-world container in Docker. Try yourself and share your experience.

How to resolve Docker i/o timeout error on Windows?

No results for your search, please try with something else.